The Headquarters together with production premises, are in Frydlant nad Ostravici (in Beskydy), were the company expanded several times. Further development and production capacity was constantly being restricted and therefore, in 2002 the space restrictions were finally addressed and the construction of new premises started. The new factory was specifically built to meet the needs of paragliding production. Using state of the art equipment throughout, this became a showpiece within the industry. The new facility was finally opened at the end of 2002. 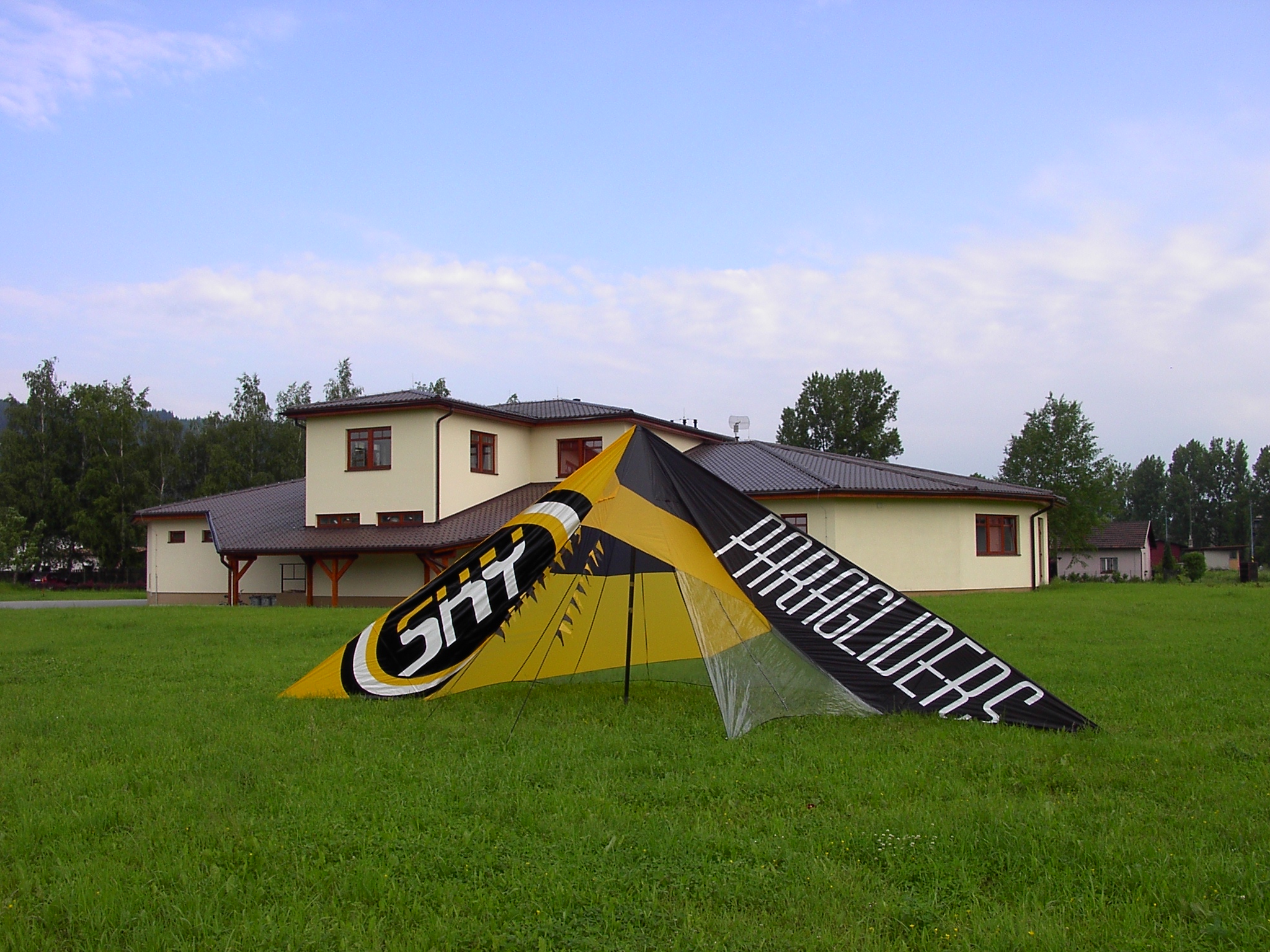 The company is proud to remain in Europe, as we still think there is no more East if we move eastwards and therefore we rather invest into hyper modern technologies and know how and - last but not least - the production team that is essential for the success of the company. Also the ISO certification (ISO 9001, ISO 14001) we achieved makes the company unique in the world of paragliding and we believe that together with you, all the pilots from all over the world, we will manage to serve you with outstanding products from the heart of Europe.

Since Sky's beginnings, we’ve produced dozens of different gliders; starting with nine cell gliders back in the late 80’s through to present day gliders with highly complex internal rib structure and load spreading technology. Our modern gliders can be found wherever people fly: training slopes, flying XC, giving tandem rides from the slopes of ski resorts, and in World Cup competitions.
However, the mission still continues as we are never happy with we have reached so far.

For the proper operation of the website only necessary essential cookie files are activated. However, optional cookies must be enabled for full service delivery, ad personalization and traffic analysis. Use the following button to turn them on. More information

Confirm all Confirm my choices